THE ALLURE OF GILI AIR lies in the rich cultural texture of its indigenous Sasak population that inhabits the island. It’s more laid back and unspoiled than Gili Trawangan, while still offering a good selection of swanky restaurants, upmarket resorts and beachfront bars and cafes that appeals to a more grown-up crowd.

As Gili Trawangan gets busier and busier each year, Gili Air is taking off as the alternative, upmarket party-island destination. The soundtrack here is a compilation of hits from the 90s, as opposed to eardrum shattering techno. Decent house music and beach tunes, are still on the way to the Gilis. 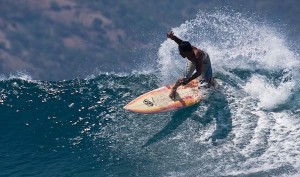 Break away from the Bali surf crowds and catch a wave or two in Gili Air. (Photo by Surf Spots Map)

Gili Air is the closest Gili to Lombok, and home to a quality surf break known as Play Gili, located on the south coast of the island. This secret surf spot is completely off the radar. The barreling right hander breaks over sharp coral, so suss out the situation with the local surfers before you paddle out.

By day, you’ll explore the island on foot. Like the other Gili islands, there’s no motorised transport on Gili Air. It takes just over two hours to stroll around the perimeter of the island and you can also rent a bicycle (IDR30,000 – 50,000 per day) and ride along the network of confusing paths. Don’t worry if you get lost, all paths lead back to the beach.

But if all this glorious island relaxation leaves the thrill seeker in you craving an adrenaline hit, get in touch with Gili Kite Surf, Gili Air has the best wind and surf for it. 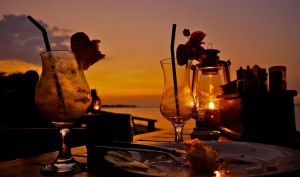 A milder party scene on Gili Air attracts a more laid back crowd. Seasoned travellers and Bali expats in their 30s and 40s rather than the flashpacking youth on a mission to party.

In recent years, Gili Air relegated its reputation for being the most secluded Gili to Gili Meno, when it started catering to Gili Trawangan’s “less hardcore” social crowd.

Gili Air has a cruisy, low-key social scene that’s more grown-up than Gili Trawangan. It’s a slightly older crowd that enjoys a few drinks on the beach, but doesn’t insist on partying all night long (and waking up with a nauseating tropical hangover).

During high season, beach bars take turns to host full moon parties, with a retro twist. The island has been a social hot spot for Bali expats and the weekend playcation crowd. Word is starting to spread, and the island is becoming more popular each year.

Where to stay in Gili Air

So, where are the best places to stay in Gili Air? Well, the northeast of the island is where the sun sets, and the most isolated if you’re looking to break away from the crowds. However, the best beach on Gili Air is on the west coast. Decisions, decisions..

Accommodation in Gili Air caters to a wide range of tastes and budgets. From homestays and rustic beach shacks to upmarket beachfront resorts and bungalows set in coconut groves, you’ll find something utterly charming to suit your budget.

If you’re looking for really cheap accommodation, you’ll find IDR50,000 – 100,000 rooms near the boat landing towards the village. Mid-range bungalows are dotted along the east side of the island, and you might be able to bargain the rates down during low season. 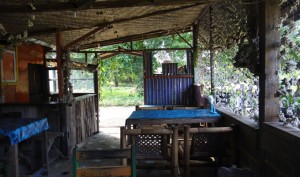 Between the jetty and the east side of the island, you’ll find plenty of decent places to eat. From freshly caught fish grilled with traditional sauces to healthy salads and the usual lineup local dishes.

And there are, of course, the ubiquitous warungs located in the village as you head inland from the harbour that serve bakso, nasi campur and soto ayam for IDR10,000.

You’ll find most amenities, including a basic clinic, on the south and east coast of the island. Internet on Gili Air is available at a few internet cafes on the island. You can also purchase Wi-Fi coupons that will give you access in the southern part of the island, however the 3G network is patchy on a good day.

Most places in Gili Air accept credit cards, and there’s an CIMB ATM located five minutes from the boat landing. Withdrawals are capped at IDR3 million per day. There’s also a moneychanger near the harbour. Exchange rates won’t be ideal, so it always pays to come prepared.