In pictures: Colours and textures of Gili Meno

A spectacular palette of colours and textures can be found above, below and beyond the shores of Gili Meno. It reflects a simple, pretty way of life. Time ceases to exist here. Scratching beneath the Gili Meno’s relaxing surface of pristine beaches and tropical waters reveals an island paradise that’s struck a hard-to-find sublime leisure and the irresistible urge to get out and explore.

Don’t forget to bring your camera. Striking photos like these are the best souvenirs. 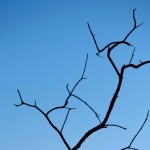 Clear blue skies like these grace Gili Meno for most of the year. Even during the rainy season, between the months of November to April, with a bit of luck, the sun will be shining on your side. 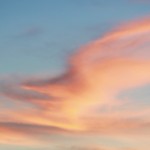 Sunsets in Gili Meno are divinely ethereal, awash with hues of pink, purple and orange over a vista that never tires. 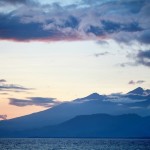 The sun rises over Mount Rinjani, best viewed from Meno Mojo, it burns away the heavy morning mist to reveal Lombok’s undulating topography. 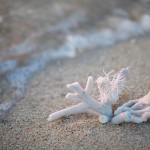 Decades of dynamite fishing in the Lombok straight has left its coral colonies in fragments. In the Gili islands, intensive conservation and transplanting programs have successfully revived their reefs. 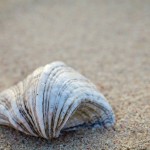 She sells sea shells on the seashore.. Combing the beach for pretty seashells is a brilliant activity for the kids. 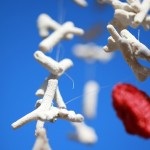 Where the winds blow.. In Gili Meno, wind vanes are fashioned from fragments of washed up coral and hung on trees all around the island. 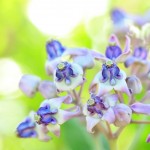 These brilliant photos from the prefect paradise island of Gili Meno will make you want to book your next holiday, now. 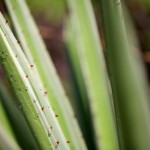 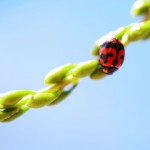 Ladybugs are not just a pretty sight, they feed on tiny insects and aphids in the trees. 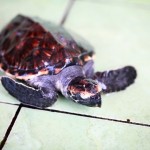 Turtle hatchery and conservation programs in the Gili islands are doing an excellent job of protecting the species and helping populations thrive, so that they’ll be here for generations to come. 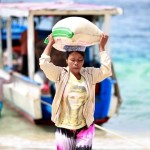 In the Gili islands, the women work as hard as the men. Offloading daily supplies from the boats and onto the shore is hard work under the sun’s blistering heat. 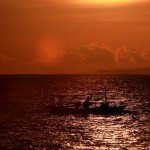 Red sky at night, shepards delight. Red sky in the morning, shepards warning. In the Gili islands, fishermen interpret red skies as a sign that rain is approaching. 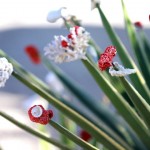 That’s an odd looking fern.. Take a closer look. Those flowers are actually fragments of coral, some painted red to mimic flowers. It’s a perfect example of the islander’s playful and artistic nature. 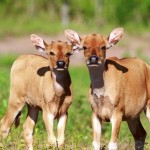 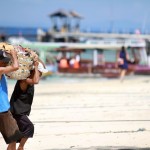 Somewhere behind the scenes of your perfect island escape, someone’s working hard to get your food to the dinner table. It’s backbreaking work. Here’s a toast to the hard working islanders.

Planning a weekend getaway to Gili Meno? Read our Itinerary: 48 hours in Gili Meno next.